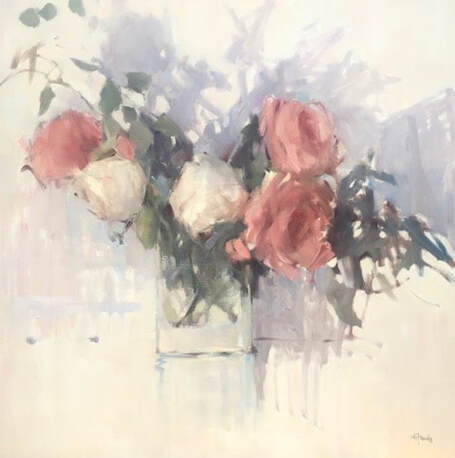 We are going to have some fun and create studies, not finished paintings, during this workshop.
Drawing the correct shape is important when capturing the truth of the subject, so bring along some VINE CHARCOAL for preliminary sketching.
Bring 8  - 10 (better too many than too few) supports, either boards or stretched canvas, in a size you prefer, though I would suggest no larger than 20 x 16.   You may choose to do several small ones, so bring 9 x 12, 12 x 12, or again, a small format that you like.  I like painting on linen.  Sometimes the clear gesso-primed linen (i.e. the color of flax, not white) from Senso or another source makes a nice background for figure studies.
You can also prime acrylic-gessoed boards with a light grey acrylic, i.e. Golden Neutral Grey, no. 7 or 8; this is not a requirement, but here is a link for the neutral grey paint:  http://www.dickblick.com/items/00620-2473.
On the second day, we will have a clothed model for 2 hours… Bring a sketchbook or newsprint, with charcoal and/or a pen – for some immediate gesture studies before we paint quick studies from life.
I use a limited palette, basically a warm and cool of each color.   My palette is Cadmium Lemon*, Cadmium Yellow Medium, Cadmium red medium*, Quincridone Red (alizarin ok too), Ultramarine Blue* and Cerulean Blue (Cerulian blue hue is ok as well), and Titanium White.  I mostly use Gamblin paints, but I like Utrecht and some Lukas 1862.  (* are the basic three, plus white).

Flesh tones are best created from the three primaries (red, yellow and blue).  Flesh tones vary from one subject to another, but combos of the basic three will give plenty of variety.  A good trio if you have these colors, can be cad red light, yellow ochre, and white.

Bring at least one larger brush (10 or 12) as well as others you choose.  I like Silver Brush Bristlon brights, or Rosemary Brush Ivory series, long flats.  A # 6 Egbert, in the Rosemary Ivory brush, is a fun one to have for sketchy doodling marks.
There is a Nancy Franke Brush set available in U.S. from www.windriverarts.com; check it out if you are interested.

Bring your easel  - unless you have confirmed with workshop provider that they have easels for students - along with odorless solvent, paper towels, trash bag, palette (if paper, use grey, not white).
I
MPORTANT:  Remember to bring reference material (from personal photos or any source), and one or two objects that inspire you.

Email me at nwfranke@comcast.net if you have any questions!

​A signature member of Oil Painters of America, Nancy is a popular workshop instructor.

Some comments from past students:

“Just wanted to say that I had a total blast at your workshop and learned a lot of great stuff. Thank you bunches. You are a wonderful teacher!  I think it's so smart to share with us your big concepts (so many good points) and how your think through and approach painting, then turn us loose, rather than getting hung up on the 'picky picky'.  It was a very freeing experience.”   M.S., Atlanta

“Just finished the most wonderful, awesome, incredible art teacher at a workshop in Atlanta... Nancy Franke! She can paint and she can teach and she is more fun than you can ever imagine!”   J.N. Memphis

“THANK YOU for a FANTASTIC workshop!!! I feel I learned SO much, and as I mentioned to you, you really "energized" my painting gene.” C.S., Marietta 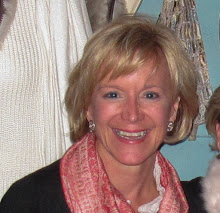 A longtime Atlanta resident, Nancy began painting as a child in Pennsylvania, studying with Glenn Brougher, a noted watercolorist.  She went on to major in Fine Arts at Wilson College, and received her Masters Degree in Art History at UNC Chapel Hill. Primarily self-taught as an adult, she has also benefitted from workshop study with some of the finest painters today.  She works mainly in oils and prefers to paint "alla prima," or in one sesssion if possible. Spontaneous brushwork and lively color are goals:  she admires past masters such as Sargent, Sorolla, Potthast, and Bongart for their painterly and bravura styles.

Nancy has participated in numerous group and juried shows, and has received awards and honorable mentions along the way.  She has been selected to participate in seven prestigious National Oil Painters of America exhibits, as well as two Salon International juried shows.  A member of OPA, American Women Artists, the American Impressionist Society, and the Cherokee Art Advisory Board, Nancy has recently had six paintings chosen to be part of the St. Regis Hotel/Atlanta permanent collection.  She is represented by Huff Harrington Fine Art in Atlanta, Anderson Gallery, St. Simons, GA, and Shain Gallery, Charlotte, NC.