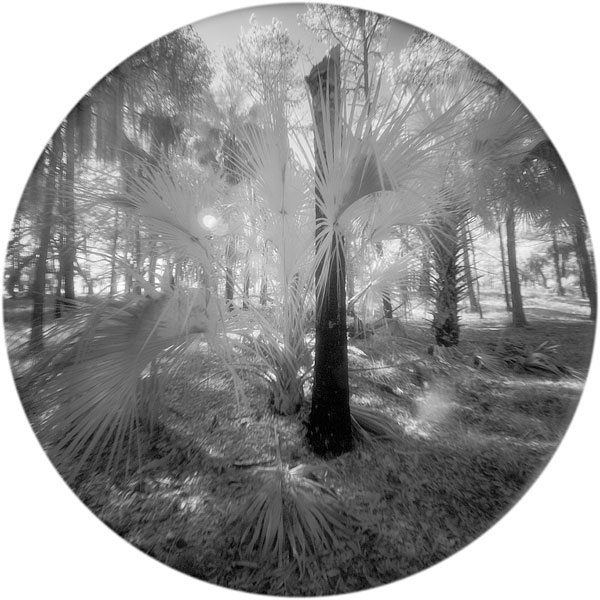 ​Ossabaw Island is a barrier island off the coast of Georgia, approximately twenty miles southeast of Savannah. Comprising some 26,000 acres of wooded uplands, ephemeral freshwater ponds, beaches, salt marshes and tidal creeks, Ossabaw Island is one of the largest of Georgia’s barrier islands, and is a world apart, remaining unconnected to the mainland by any bridge, causeway or scheduled ferry service.

The Ossabaw Artists’ Collective is a coalition of diverse, experienced visual artists who regularly return to Ossabaw Island.  The OAC promotes artistic excellence and cross-inspiration of styles and technique, while emphasizing the unique cultural and ecologic character of the island that has resulted in Ossabaw Island being recognized and protected as the first Georgia State Heritage Preserve.   The activities of the OAC complement the cultural traditions of the many artists who have visited Ossabaw Island over the years.  The mission of the OAC strives to support the work of the Ossabaw Island Foundation (www.ossabawisland.org) and the Ossabaw Island Education Alliance (www.usg.edu/ossabaw/). 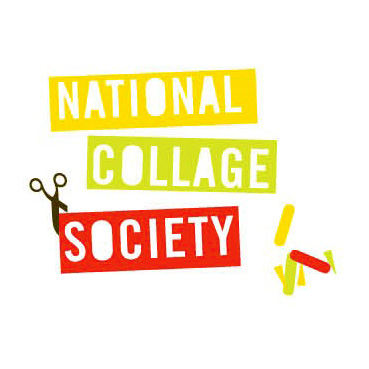 The goal of the National Collage Society is to foster the appreciation and interest in the recognized medium of collage.  Collage was defined as the only new fine art medium during the twentieth century.  In 1912, George Braque and Pablo Picasso created the first fine art collages in a studio they shared in southern France.  All of the terms identifying collage techniques are in French.

The history of collage and the terms can be found in a book published by NCS and found in the online bookstore at:   www.nationalcollage.com


​The 19th Annual Postcard Collage Show is a small format show featuring 4" x 6" postcard-sized collages. This exhibit gives each participating member a guaranteed opportunity to display the one collage that they select for entry. It is a small format member show that has been seen across the USA in small museums, universities and art centers.
The motto for this exhibit is: "Expansive Art can be Found in a Small Format." 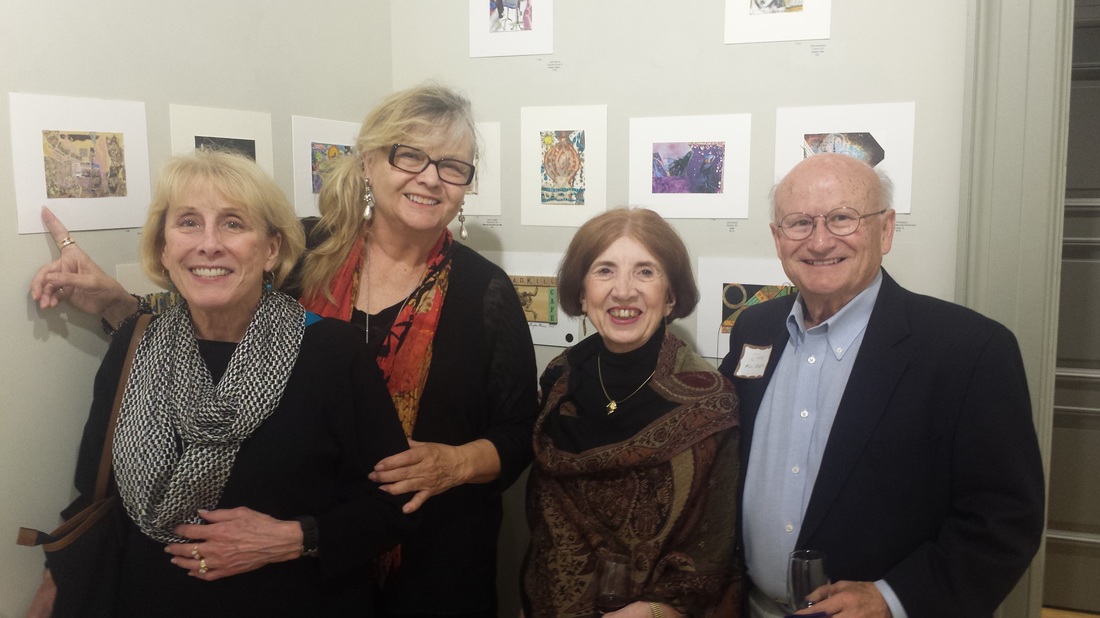 Sapelo Island Revered: The Photography and Paintings of
​Charles and Nona Stephens 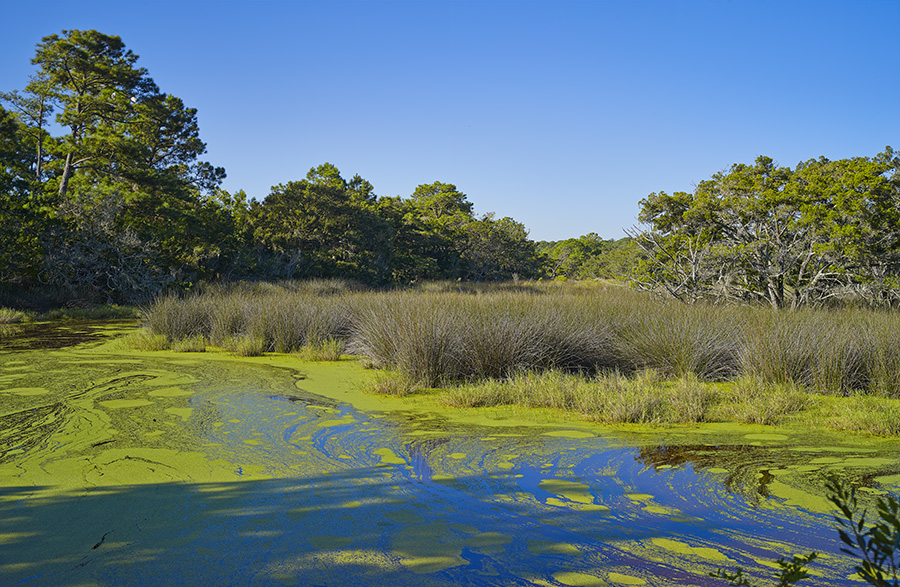 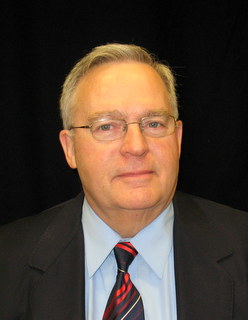 For Charles Stephens the love for photography had its beginning during his first year of law school at Tulane as he cobbled together a make shift “dark room” in their apartment bathroom.  But his artistic tendencies did not just begin as an adult.  His wife’s mother discovered a carefully saved newspaper article in an old cedar chest when her daughter, Nona, won the girl’s division of a coloring contest for a local department store when she was six years old.  They were surprised to see in the old newspaper the eight year old winner of the boy’s division was now her son-in-law.  Nona and Charles did not meet until many years later and now have celebrated over 50 anniversaries.

​After retiring from the practice of law after 42 years, he returned to his interest in photography.  The conversations over the dinner table now have turned to subjects such as light tones, textures, composition or design with his wife, Nona, who is a landscape artist. Charles now pursues his creative interests in fine art photography with the same passion for excellence which he brought to the court room.

​His photography has appeared in numerous publications and many regional and national shows including the renowned Salmagundi Club In New York. Perhaps we never get away from our desire to be creative.
​
Charles Stephens Website 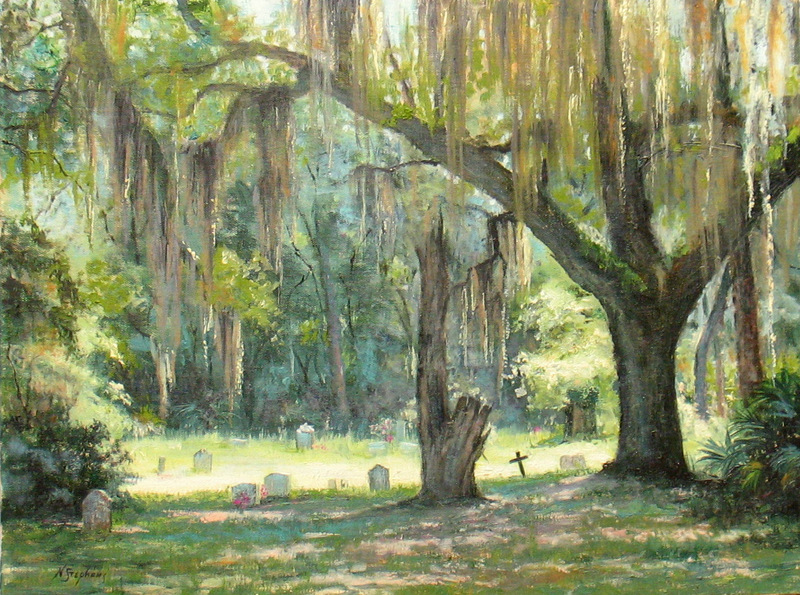 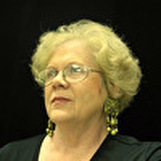 Nona Stephens is a landscape artist who exhibited an interest in art at the early age of six, entering a Christmas coloring contest of a local department store in her hometown of Forrest City, Arkansas. She won first prize for girls. As fate would have it, her future husband won first place for the boys’ division, although they did not meet until she was fifteen.  They have now celebrated 50+ Wedding Anniversaries and reside in Gainesville, Georgia.

Since 2006, she has sought more en plein air or outdoor painting, and states “Mother Nature is the toughest, and perhaps the most rewarding instructor.” While painting on location she is not only recording the scene in front of her, but also mentally recording the smells of the earth, sounds of water, wind, and birds.

​In reference to her painting style, she prefers the much more subtle colors of nature, and fleeting moments of light, especially at sunrise or sunset, and loves the challenge of capturing the “atmosphere”.  She marvels, "it is true, everything has a season. So many times an ordinary scene explodes with life and drama in a certain light. I strive to find the magic moment, and may go back many times to a particular scene to study the light patterns at different times of day." Her paintings are referred to as being serene, soft, and calming. Her painting style would be described as representational with a touch of impressionism. But she confirms her painting style is not something she is complacent with. "I will never stop learning on this quest to study about art and painting, or striving at the very least produce a painting which satisfies me. Brush, paint, and canvas have a way of bringing you to your knees. But I love the challenge.”

Georgia O’keefe is reported to have once said, “If you ever visit New Mexico it will itch you for the rest of your life”.   That could describe the feelings Charles and Nona Stephens have about Sapelo Island, Georgia. Nona was the first to visit Sapelo for an art workshop in 2010.  She had to take Charles back to experience this special place and they began visiting as often as possible.  They have shared exploring, painting, and photographing, and still feel as if they have only scratched the surface. This show depicts the love they have for this special Georgia treasure. They have tried to share the quiet respect they have for Sapelo’s native raw beauty, and help lift these landscapes to a place of recognition to preserve and cherish these special places for generations to come.

Sapelo Island is a Georgia barrier island of which 97% is owned by the State of Georgia, 3% being privately owned. It encompasses over 17,000 acres and is located about 40 miles south of Savannah  and is just above St. Simons. It is relatively undeveloped with the southern end having the historic R. J. Reynolds (of tobacco fortunes) mansion, the University of Georgia education facilities , and the Sapelo Island National Estuarine Research Reserve, housed in what was the old Reynolds dairy barn. Sapelo is also known as the birthplace of the ecology movement. R.J. Reynolds founded the Sapelo Island Research Foundation in 1949. It was the precursor to the research and education that is conducted on the island today. Sapelo is only accessible by boat or airplane, and is a 7 mile, 20 minute commute on the State ferry, The Katie Underwood.

Sapelo is also the home for a tiny community called Hog Hammock and has only 47 permanent residents as of the 2009 census. These are mostly residents of the last remaining Gullah-Geechee community and are direct descendants of slaves brought from Africa in the early 1800’s.  After the Civil War many returned to make their homes on Sapelo. There are two active churches, a general store, a library, and community center. There is even a Red Pea Project which has brought back this crop that was grown on Sapelo even before the Civil War. Some of these current day Red Peas find themselves in the finest restaurants in New York.