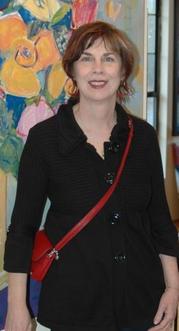 CAROL CHRISTIE        Contemporary Abstract Expressionist
A native of Michigan and the youngest of seven children, Carol Christie dabbled with pastels and sketched most of her childhood. From her earliest memories, she recalls wanting to be an artist. After studying Art Education at Central Michigan University, she relocated to Atlanta, Georgia in 1969 to raise her family. Carol continued to develop her craft over the years, taking numerous academic courses and workshops, but believes her real education has been in her studio. She began
exhibiting her bold and colorful work in 1990 and is now being represented by fine art galleries across the Southern and Northeastern United States.

Carol paints daily and feels that experience has been her best teacher. Her process is one of spontaneity – quick sketches that gradually evolve into tapestries of bold color and shape, incorporating generous brushstrokes and Christie’s signature marks. Colors are chosen intuitively. "If I think about it too long, or analyze which color to use, or what direction I want to take, I usually overwork my painting.”

Carol is an award-winning painter whose work can be found in galleries, private and corporate collections throughout the country, including the InterContinental Buckhead in Atlanta, Georgia. CLICK HERE to visit Carol's website. 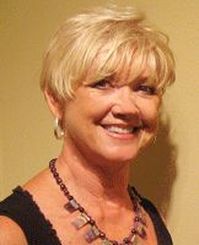 Originally from Tennessee, Shirley began her artistic development as an interior designer in Atlanta.  As a space planner and designer, she often used the analogy of a room being much like the artist’s canvas.  The composition of a painting and an interior space must have a balance of texture, contrast, shape and color.

Since discovering her passion for painting, she has given it her full attention.  Her travels to Europe, Mexico and South Africa have been the inspiration for much of her art.  She loves the challenges of painting figures, still life and landscape.  Her recent paintings using the pallet knife are examples of her love for moving and mixing paint on the canvas.

Though her career as an artist is short in comparison to some, she has lost no time to find and study under some of the best artist from coast to coast including Roseta Sandigo, Hedi Moran, Alice William, Scott Burdick, Albert Handell, Dee Beard Dean, Robert Johnson, Bill Davidson, Kris Meadows and Marc Chatov.  She uses a radiant palette and contrast of lights and darks to show how light affects color.

In addition to being a member of the Atlanta Fine Art League, she is a member of The Quinlan Visual Arts Center, Cobb County Arts Center, Brushstrokes Art Group and is Vice President of the Atlanta Artists Center.  Her work can be seen, and for sale, at Gallerie 110 in Gainesville and her website, www.shirleyseguinfineart.com.  Her paintings have been accepted in juried shows and exhibitions across the state. 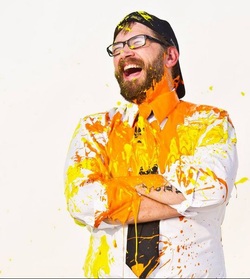 Leonard “Porkchop” Zimmerman’s creative path began at the Savannah College of Art and Design, and he’s been a frequently awarded and creatively coveted graphic designer for almost two decades. Adopting the nom-de-brush, “Porkchop,” Zimmerman’s work has been presented in group and solo exhibitions throughout the American South. He’s also been commissioned to create inventive mural projects for The Augusta Water Works, Georgia Regents University Children’s Hospital, and the recently completed Public Library of Augusta-Richmond County. In 2010, Zimmerman was voted Best Local Artist by Augusta Magazine, and Metro Spirit.voted Best Local Artist by Augusta Magazine, and Metro Spirit. In 2014, he gave his first TEDx taik on spreading happiness. CLICK HERE to visit Porkchop's website. 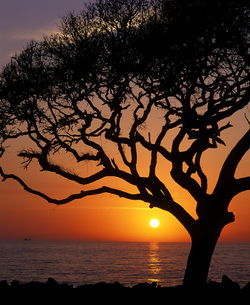 Robb Helfrick is an award-winning professional photographer whose images have been published in many prominent books and magazines worldwide. His photographs have been featured in prestigious publications such as National Geographic Traveler, Sierra, Audubon, Town & Country, National Parks, and National Geographic Adventure.  During the past 20 years, Robb has created a portfolio of images that can be found in the collections of private and corporate art patrons in the U.S., Europe and South America.

Robb is the author of eleven photographic books that exclusively feature his photography.  His newest book is North Carolina Unforgettable, which will be released this June by Farcountry Press.  His series of books also includes city portraits of Atlanta, Savannah, Charlotte and St. Augustine, as well as coffee table books featuring the states of Georgia and North Carolina.  Robb is currently working on a new book that will showcase his home state of Maryland.

Robb has earned many awards for his work, including the prestigious Len Foote Memorial Award for Excellence in Conservation Photography, which was awarded to him by the Governor of Georgia.  His photographic art has been exhibited in many galleries throughout the south, including the Fernbank Museum of Natural History.  Over the course of his career, Robb has traveled to 44 states and 18 countries in pursuit of his craft.  Born in Maryland, Robb now resides in Atlanta.