A Special Juror's Presentation, WHY IT WON, October 10th @ 11AM
Free to the public, open to ALL that wish to attend

"Why it Won"
A positive critique of The Virginia Avery 4th Biennial "Reflections" Exhibition at the Quinlan Visual Arts Center with guest judge, Dianne Mize October 10, 2015 at 11 a.m.

Join us on the LAST day of the exhibition for a glimpse at the process of a juror. A great opportunity to learn from the successes at the Pen Women "Reflections" exhibition. Open to ALL that wish to attend.

Exhibiting artists may collect their work after the critique. (If you cannot come to this event to retrieve your artwork, please feel free to come on Monday, October 12th, 9 AM - 5 PM).

ABOUT THE JUROR
Dianne Mize was the juror for entries and awards for
The Virginia Avery 4th Biennial "Reflections" Exhibition.

Dianne Mize received her AA at Young Harris College, her BA in English and Music at Newberry College, BFA in Painting and Drawing at University of Georgia and MFA in Painting at Goddard College. She began her career as a High School Teacher, instructing in both Visual Arts and English, and even designing visual arts programs and curriculum.

She was the Department Head and Associate Professor of Art at Piedmont College through 1984 and the co-founder of what would become The Art Studio at Sautee Nacoochee Center. Published author, Mize has appeared in several solo and group exhibitions. 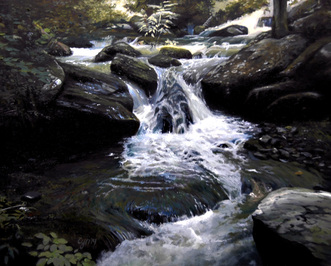 The Atlanta Branch of the National League of American Pen Women (NLAPW) presents the 4th Biennial Virginia Avery “Reflections” Juried Exhibition. The NLAPW is the nation’s oldest organization for creative women. Founded in 1897 with 17 charter members, the organization was formed to encourage, recognize and promote the production of creative work of professional standard in Art, Letters, and Music, members include journalists, painters, musicians, sculptors, poets, illustrators, songwriters- famous PenWomen including Eleanor Roosevelt, Margaret Mitchell and Grandma Moses. There are now over 2500 members with branches across the nation. Virginia Avery served The National League of American Pen Women as National President, as President of the Georgia State Association, and as president of the Atlanta Branch.

The 4th Biennial Virginia Avery “Reflections” Exhibition at the Quinlan was juried by artist Dianne Mize. Mize was the Department Head and Associate Professor of Art at Piedmont College through 1984 and the co-founder of what would become The Art Studio at Sautee Nacoochee Center. There were 450 entries to this exhibit, juried down to 150 pieces by 128 artists, all of whom are from Georgia.  The first prize of $1000 will be announced at the opening reception on August 20th.
CLICK HERE for a list of winners.

Cynthia Miller was born in Rome, Georgia and is now a resident of Harriman, Tennessee. She began sketching at an early age and attended the Savannah College of Art & Design (SCAD) in 1983 on scholarship, focusing on marketing, advertising and graphics, leading to a successful 25 year career in graphic design.

She returned to her first love of fine art after moving to Gainesville in 2012 and became a member of the Georgia Art League (GAL), the Quinlan Visual Arts Center, and the Booth Art Guild. She began experimenting with oil on various substrates while building a portfolio of original work in landscape, portraiture, and still life. She embraced her fascination with the striking works of the Dutch Masters, the Renaissance and Baroque periods, and began experimenting with painting on copper substrate. 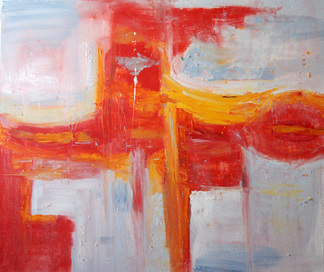 Born in Atlanta, GA in 1966, Paul Light developed an interest in American Abstract Expressionist painting at an early age. Working in business, Light was still driven to work creatively as a graphic artist, copywriter and off-road vehicle customizer. After the conclusion of his business career, Light returned to school, earning first, a Bachelor of Fine Arts in 2-D Animation from The Art Institute of Atlanta, and then a Master of Fine Arts in Painting from SCAD Atlanta where he returns to teach continuing education courses in painting each summer.

For two years, Light owned and directed Further Polycontemporary Gallery in Atlanta. He has been in many juried and invitational exhibitions at different venues in Atlanta including the Museum of Contemporary Art of Georgia, SCAD Atlanta, and the print fair at the High Museum of Art, Atlanta. His work is held in private collections in Atlanta, Virginia and New York City and in and in public collections such as the SCAD Permanent Collection.